The city’s construction and configuration begins by an act of delineation. 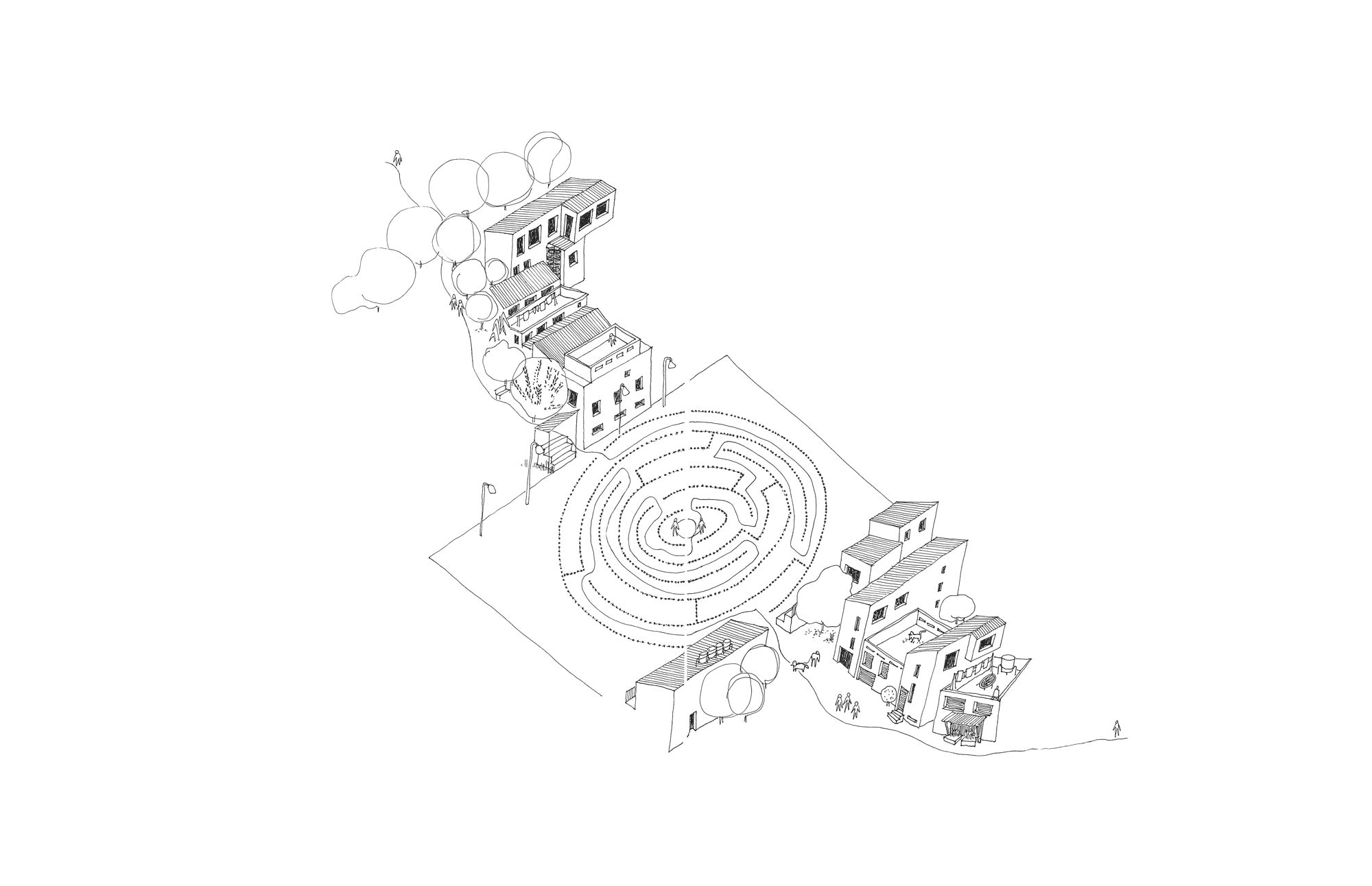 The city’s construction and configuration begins by an act of delineation. The modern planning of a city lies in the strategic design that traces and delimits the networks and services leading to the orderly development of its communities. This project explores and documents the potential of a line –used as a tool of spatial design- to build, deconstruct and rework different perceptions of urban space. In three actions, OUT OF LINE, one line: 1. Manages the imaginative potential of a place by capitalizing on its temporary uses; 2. Shifts the border between the private and public domain to reactivate underused urban space; and 3. Shapes the communities’ participation in its own making. The underlying assumption is that the cultural, social and human capital of a city is reinforced by the meaningful perceptions produced by its mobile and transitory elements.

Labyrinth
Here we simulated a built space with a line made of lime. We intervened “El Polvorín”, located in the Delegación Gustavo A. Madero, which functioned as a passing site during weekdays and as a soccer court during the weekends. This site was a place without an established use and its effect –not on purpose- was to divide two neighborhoods. The project’s aim was to intervene the public space in an ephemeral way with the intention to reactivate in the imagination of both neighborhoods the site’s potential to integrate two communities. The center became a space of dialogue and exchange. The conclusion of the exercise was there are many ways to understand what it means to build almost as many spaces as can be designed. A single line can rebuild the perception of the space, its customs and habits, the place’s memory and most importantly, it can rebuild a community. 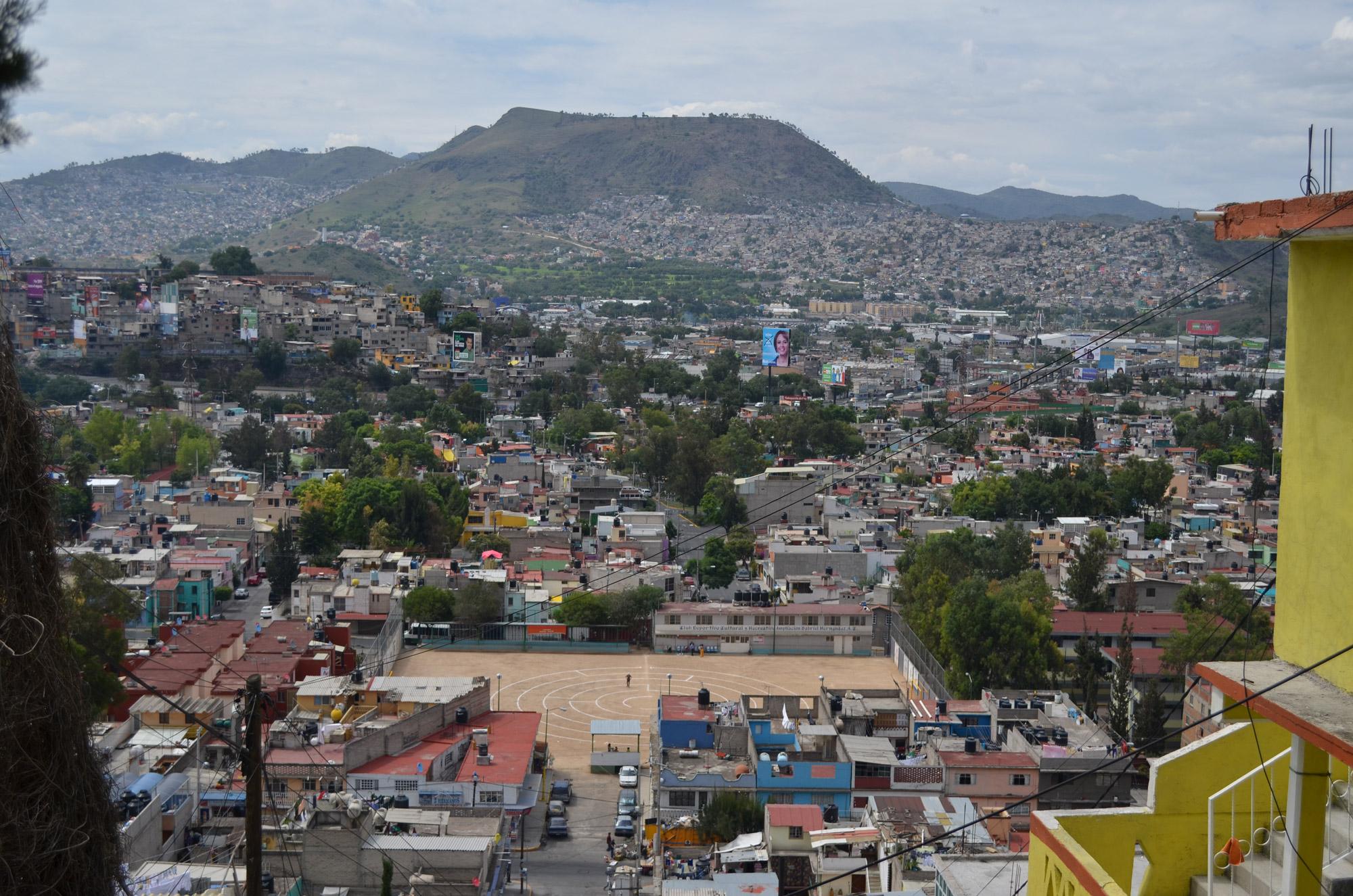 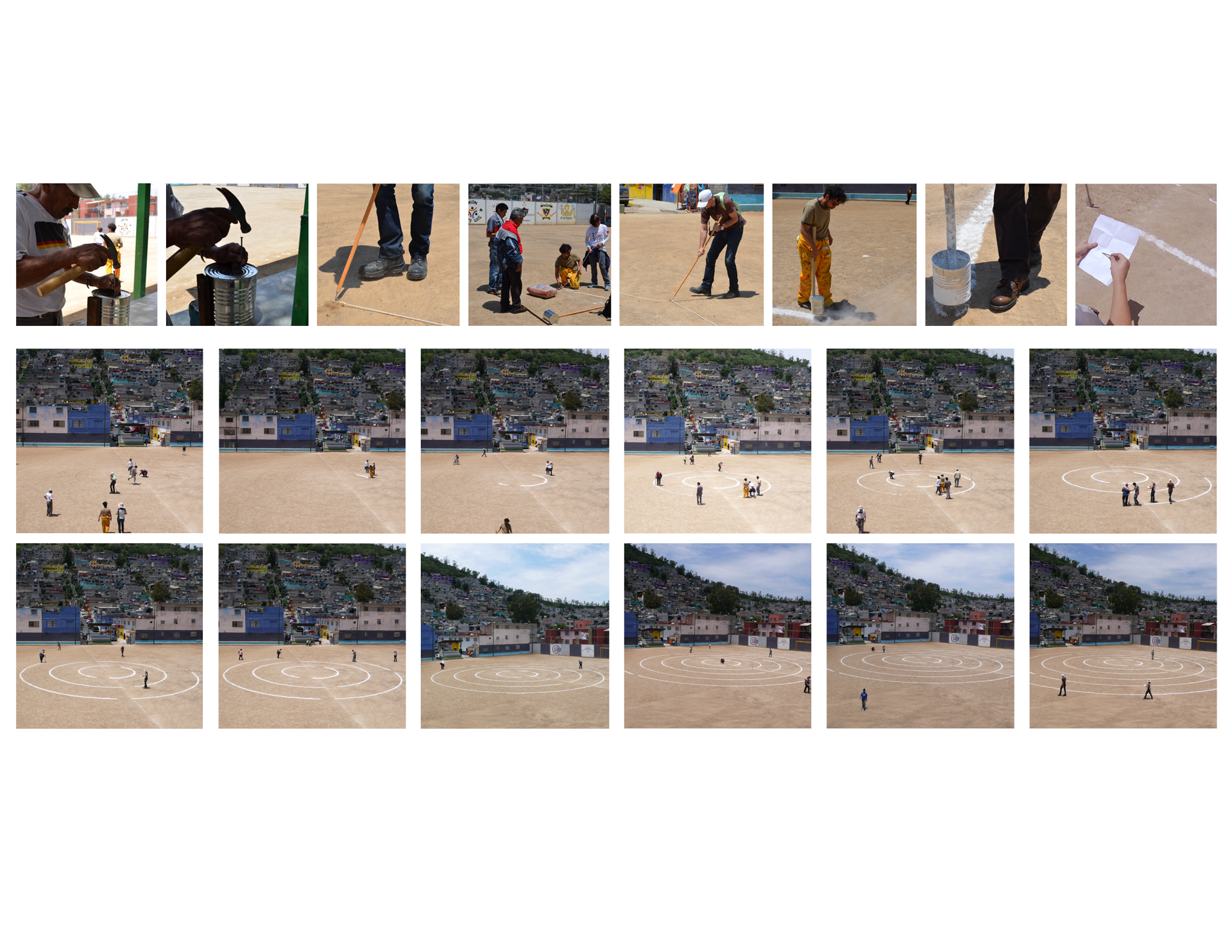 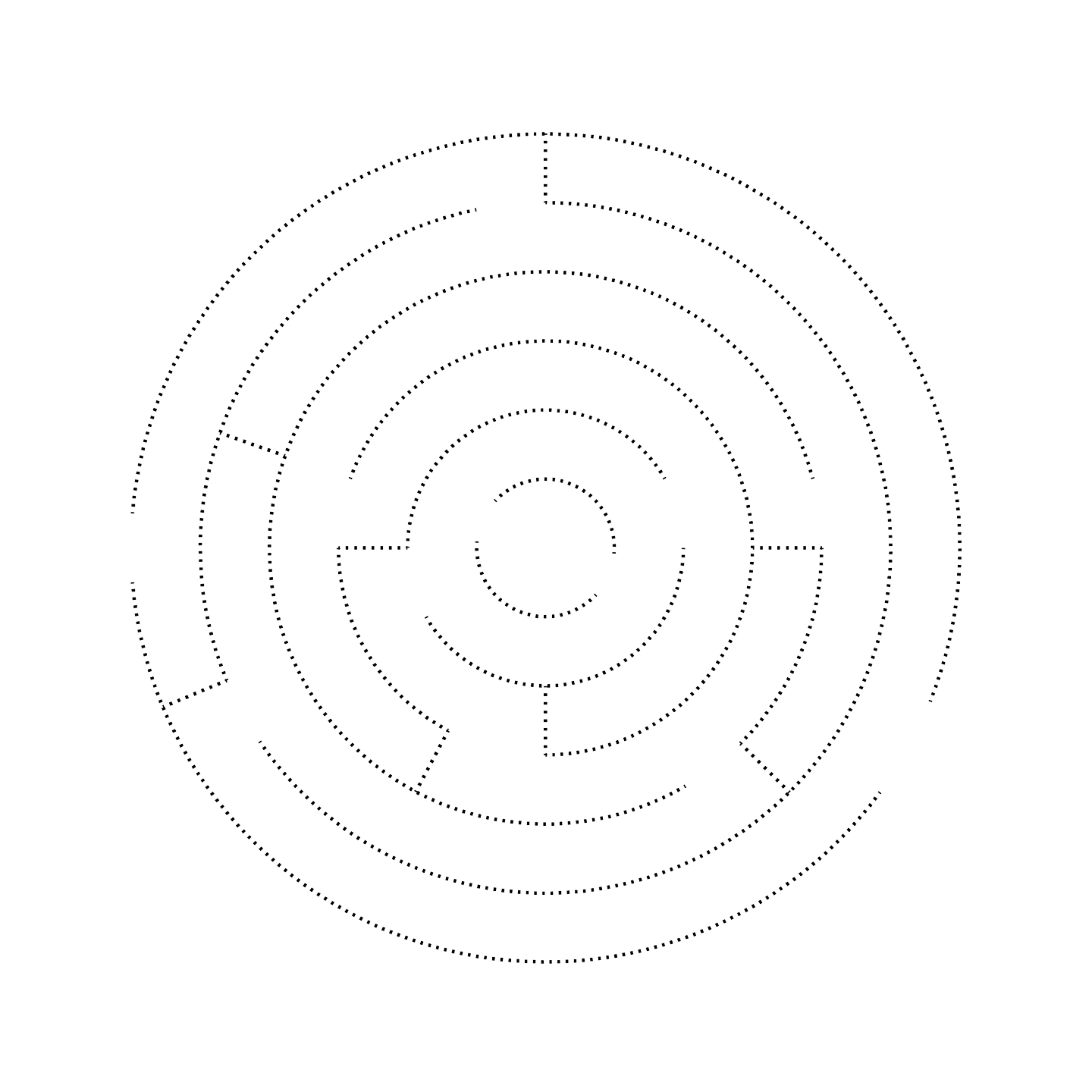 This project explores and documents the potential of a line – used as a tool of spatial design – to build, deconstruct and rework different perceptions of urban space.